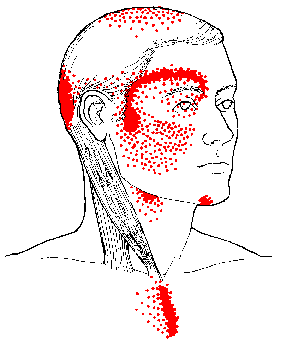 A 37 year-old male presented with intermittent dizziness that he first experienced after a long flight to Australia. He was referred to 360 NMT by a spine center to treat and/or rule out soft-tissue contributions to symptoms. He described a ‘weird feeling’ of something crackling out of his head, like ‘antennae.’ He had been seen by many specialists and had an MRI, CT scan, and vestibular testing. Results were negative for disease pathologies and benign positional vertigo.

The patient’s symptoms reduced on a pain scale of 1-10 from an 8 to a 2. He modified his ergonomics on the tablet computer he used during long flights. Physical therapy was recommended to reinforce the soft-tissue changes and strengthen the posterior neck. NMT maintenance treatments are ongoing to prevent recurrence.