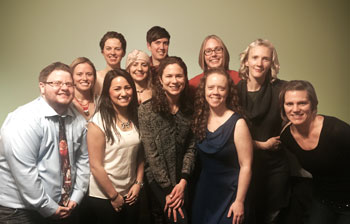 “Over the past few years I have seen you for shoulder problems, back issues, neck pain and bursitis in my hips. You were also there for me when I went through 2 knee replacements. I want to thank you for keeping me vertical through all of these injuries. Also I credit you for making it possible for me to return to the tennis court which I couldn’t have done without your help.”

“I have had the most success in addressing my running related discomforts through 360 NeuroMuscular Therapy. Not only has the pain subsided, but the results came about extremely quickly—as opposed to more traditional forms of physical therapy that I have done in the past.”

“360 NMT has great depth of knowledge and great hands! They gave me emotional support with my injury, helped me regain my confidence, and were a referral source for a podiatrist and a physical therapist. Without 360, I wouldn’t be racing today at this level!”

“I'm a lifetime runner and ran injury free until my mid 30's, when I developed achilles tendonosis and calf issues. I had surgery on my tendon, and have seen other physical therapists and chiropractors, who have joked, “Your tissues are like dried buffalo meat,” “You are job security”, and, “I don't walk on water.” By contrast, within weeks of my first appointment with 360 NMT I could feel a difference. I had a great year and achieved a lifelong goal by running the Mount Washington Road Race.”

“After years of lower back problems and sciatica and thousands of dollars spent on chiropractic and medical care, I have had total relief with 360 NMT. I feel better than I have in 15 years."

“It is unfortunate that some would misconstrue what 360 does as mere massage. It is nothing short of a total, beneficial realignment of your body in just one hour."

“The magic touch of 360 staff enabled me to get through a twin pregnancy and recover from two ruptured discs. 360’s willingness to work with my physical therapist has helped me become an extremely mobile and active mother of three."

“I’ve been a 360 client since 2000, upon the referral of my foot surgeon. The NeuroMuscular Therapy 360 performs on my feet, which are riddled with scar tissue from several surgeries, is the only reason I can walk normally."

"I had been experiencing significant pain and loss of flexibility in my neck as a result of an injury a few years ago. After having limited results at more traditional physical therapy, I was referred to Denise and 360 NMT. The combination of targeted acupuncture with deep tissue massage has greatly improved both the pain level and range of motion." BB